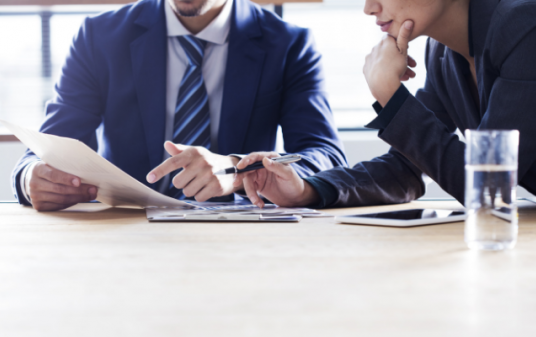 When Lawyers and Notaries Unite

This article, published in the October 2018 (volume 12) edition of the Les Mordus d’immobilier review (FR), explains the union between our firm and the notarial firm Blanchard Lupien notaires L.L.P.

Despite their common training, notaries and lawyers have, for a long time, worked separately and independently of each other, as is generally still the case today. The former work mainly in real estate transactions, successions, and contracts, and the latter mainly in legal disputes. For most of us, a notary allows us to conclude a transaction or settle a succession while a lawyer intervenes when there is a conflict.

Considering that notaries and lawyers are very often complementary to each other’s practices, why do we not see more notaries and lawyers working together? “That is exactly the question we asked ourselves, Mtre Joëlle Lupien (of Blanchard Lupien notaires) and I, when we recently decided to unite our respective firms to create one single group” explains Mtre Bryan-Éric Lane, of LANE, Lawyers and Business Advisors Inc. (LANE), a firm established in 2006 that now has more than a dozen employees, including five lawyers.

A recognized law firm, LANE works mainly in business law and real estate law. LANE is especially recognized for its lawyers’ cutting edge expertise in recourses for latent defects, an area in which the firm’s reputation is second to none.

Blanchard Lupien is a notarial firm that has existed for over forty years. With more than twenty employees, including five notaries, and the firm’s offices located in Blainville and Laval, Blanchard Lupien is one of the largest notarial firms north of Montreal. “Complementarity between lawyers’ and notaries’ respective expertise is quite natural and I was of the opinion that an association, an alliance with a law firm would be very beneficial for our firm and its development and would allow us to go deeper, with the same going for LANE’s lawyers,” states Mtre Joëlle Lupien, notary and senior partner at Blanchard Lupien.

Recognized for the quality of its work, for respecting deadlines, and for the loyalty and competence of its professionals, in addition to real estate law, Blanchard Lupien works in business law, family law, the law of persons and successions, as well as in municipal law.

“The presence of notaries in our offices allows us to offer our clients a wider range of services, particularly in the areas of real estate and commercial transactions, successions, and wills,” explains Mtre Lane with regards to the benefits of these notaries’ presence for his lawyers.

What does the union between Blanchard Lupien and LANE entail? Is it a merger?

"No, it is not a merger of our two firms, but rather a partnership between them. We are now one group, moving together in the same direction,” states Mtre Lupien. “Specifically, Mtre Lane recently became a partner of the firm, in addition to becoming Blanchard Lupien’s chief executive officer, all while continuing to manage LANE, as he has done for over twelve years. We want to maintain LANE’s and Blanchard Lupien’s distinctiveness while taking advantage of the two firms’ complementarity,” adds Mtre Lupien, chief of notarial operations at Blanchard Lupien.

With Blanchard Lupien and LANE having both experienced tremendous growth in recent years, Mtre Lane and Mtre Lupien decided to work together, moving in one common direction rather than working separately, in parallel.

Why do business with a LANE lawyer or a Blanchard Lupien notary?

"For our professionals’ expertise, the quality of our work and our customer service, and our efficiency,” explains Mtre Lane, who is now at the head of one of the largest legal groups north of Montreal and intends to pursue further expansion.

The presence of Blanchard Lupien’s notaries in our offices has allowed us to offer a much broader range of services to our clients in the areas of real estate and commercial transactions, successions, wills, the law of persons, and even in family law.