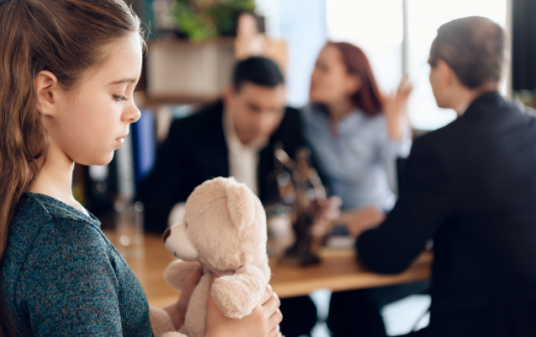 The ABCs of Support Payments: Spousal Support and Child Support

Recourse to support, whether for a spouse or a child, stems from the notion of an obligation of support, which is based on any of three (3) foundations:

Thus, both marriages and civil unions entail an obligation of support between spouses.

Family relationships in the direct line in the first degree also give rise to an obligation of support.

Generally speaking, support payments serve to correct any potential unfairness arising from the breakdown of the marriage or civil union, as well as to address additional expenses associated with the children’s needs. However, these payments are determined according to different criteria and are calculated differently, depending on the type of support in question.

I. SUPPORT FOR A FORMER SPOUSE

Spousal support, as the name suggests, can only be claimed between spouses or former spouses in a marriage or civil union. This support can be claimed at the same time as the application for divorce, dissolution of civil union or legal separation (sometimes called “separation from bed and board”) or at a later time (after the judgment of divorce, dissolution of civil union or judgment of separation from bed and board), if the financial situation of one of the spouses or former spouses deteriorates.

The criteria for awarding spousal support

Spousal support must serve to remedy financial difficulties in connection with the marriage or its breakdown. When considering an application for spousal support, the court must weigh many factors and objectives, including:

The typical case of a traditional marriage

A traditional marriage is one in which one spouse works full-time and is able to move up in his or her professional career because of the other spouse’s contribution to the family home.

This type of marriage frequently results in financial dependence for the spouse who stays at home. The stay-at-home husband or wife may have left behind a promising career in order to start a family, take care of family duties and meet family obligations.

This type of marriage can complicate the return to work for a spouse who has been out of the workforce for several years. When the marriage has broken down, this husband or wife may then apply for support in order to meet his or her needs, taking the above-mentioned factors and objectives into account.

Calculation and forms of payment

Spousal support is determined by the court after having reviewed the income and expenses form completed by each spouse, which helps to establish the needs of the spouse applying for support, as well as the other spouse’s financial capacity to pay the support.

Spousal support is usually payable on a monthly basis, but the parties or the court may decide otherwise and require a lump sum payment. The agreement or judgment that sets out the terms of the support can also provide for an end to support payments on a specific date or following the occurrence of an event.

At the time of the divorce (or dissolution of civil union or legal separation), a spouse may waive spousal support, giving the court well-founded reasons for doing so, such as his or her financial independence, income-generating capacity or employment opportunities. However, beneficiaries of income security (social assistance) are required to apply for spousal support in order to qualify for government assistance, and they will have to prove the other spouse’s inability to pay support in order to qualify for income security.

Child support is payable for the exclusive needs of the children. It is mandatory and applies to the children of married/civil union spouses and unmarried couple alike. Thus, de facto spouses who have one or more children may be required to pay child support. As soon as the child’s parentage is recognized, if it is not contested and if the parent has not lost parental authority, child support can be claimed.

In addition to these nine basic needs, there may be additional costs specific to each child.

As the obligation to pay child support is a matter of public policy, parents cannot waive the support that must be paid or even adjust the amount payable for their child, even in the context of an amicable agreement to be approved by the court. In addition, it must always be kept in mind that this sum constitutes support and belongs to the child, not the parent.

There are exceptions to the pre-established scale. However, these exceptions are assessed on the basis of the facts specific to each case and must be well-founded.

Support is payable according to the child’s place of residence, so a parent living in another Canadian province or another country will be required to pay support to his or her child who lives in Quebec.

Child support only ends once the child has reached the age of majority and is financially independent. It is therefore possible for a parent to have to pay child support for an adult child if the child is pursuing higher education.

The collection of support payments

Since the Act to facilitate the payment of support came into force in December 1995, Revenu Québec has been responsible for collecting support payments from the debtor of support. This situation favours regular payment of the support, which is generally deducted directly from the wages of the support debtor.

Exemption from the obligation to pay support to Revenu Québec is possible, particularly if the parties jointly request it and sufficient collateral is provided to guarantee payment. Exemptions are an exception, however, and the automatic collection of support payments by Revenu Québec remains the rule.

Both spousal support and child support can be reviewed and adjusted over time to take into account changes in the parties’ financial situation, such as a change in a parent’s income, difficulties related to the payment of other support, retirement, career changes, etc.

The Service administratif de rajustement des pensions alimentaires pour enfants (SARPA) allows for the adjustment of child support based on both parents’ reported income. This service is very useful, but it is limited to situations where the parents agree on the other parent’s income, the children are minors, and there is also an agreement on custody time.

In all other cases, if there is a disagreement between the parents, you will need a lawyer specializing in family law to file the appropriate proceedings before the court in order to claim support or amend a previous agreement or judgment granting such support.

*This article was prepared with the collaboration of Mtre Geneviève Limoges.

Quebec is the only Canadian province not to impose an obligation of support on de facto spouses who do not have children.

We are pleased to announce that Mtre Natalie Shelkovsky has joined our team.